For all of us fighting for implementation of the fundamental human right to food, 2021 was a challenging year. Transnational corporations increased their hold over our food systems to the detriment of peasants, small hold farmers, Indigenous Peoples and the health and welfare of all of us. 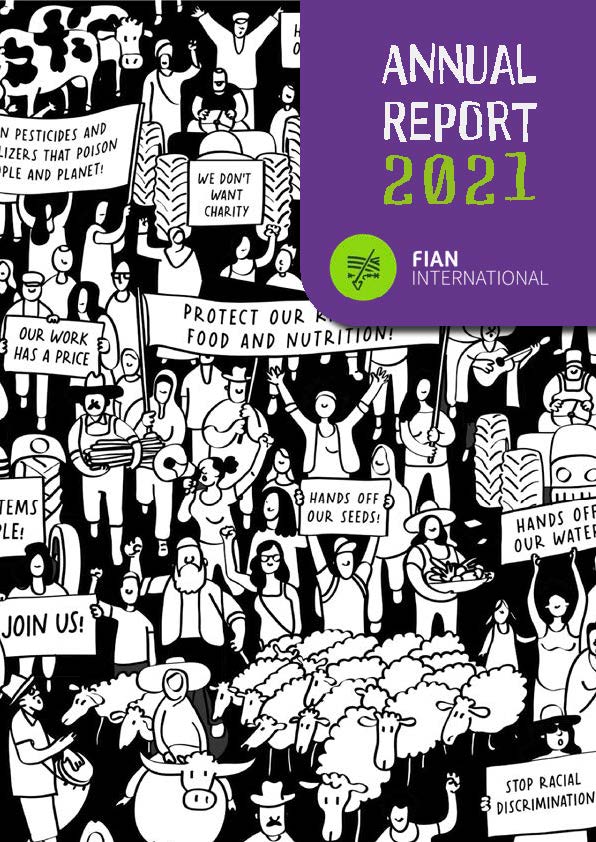 This was evident at the UN Food Systems Summit in September 2021, which confirmed corporations’ disproportionate role in shaping the global food policy agenda. FIAN made it a top priority to denounce this corporate capture of the UN and to fight for democratic and accountable UN institutions that work for people, rather than corporate interests.

Corporations have been able to capture our food systems by capitalizing on the idea that they are essential food providers – that their interests are the same as the public interest. It allows corporations to take control over massive tracts of land, as well as the world’s groundwater and fisheries. It hands them a quasi-monopoly on commercial seeds, locking peasants and farmers into dependency on harmful pesticides and chemical fertilizers.

With this in mind, FIAN continued last year to advocate for a UN Binding Treaty on Transnational Corporations and Human Rights and to campaign against agro-toxics and for a transition towards agroecology, while supporting communities fighting land grabbing and pesticide poisoning.