It was initially sold as an opportunity to discuss bold new measures to transform how the world produces, consumes, and thinks about food. But during two years of preparations and a pre-summit event in July it became clear that the process had been hijacked by corporate interests. The prominent role given to corporate-driven platforms such as the World Economic Forum combined with opaque decision-making procedures led some to describe the process as a privatization of decision-making.

The decision to accord this favoured status to the private sector stems from a belief that large agribusinesses are essential for providing food and can do a better job than governments and civil society in developing policies for our food systems. This thinking allows corporations to expand their control of land, water, and fisheries, quasi-monopolize commercial seeds and use pesticides and chemical fertilizers intensively, without being held accountable for the harm their activities cause.

This food systems summit is a step backwards for multilateralism that will further undermine democracy and self-determination. It threatens key international institutions and longstanding efforts to democratize global discussions on food policy. It relegates human rights to the back seats, excludes the voices of those who produce most of the world’s food and suffer the most from hunger. It fails to tackle crucial global challenges, including rising hunger, the climate crisis and COVID-19 and ignores the harm caused by industrial agriculture and corporate concentration in food systems.

It is also a dangerous distraction. The summit narrows the focus of food discussions to pseudo-solutions around finance, technology and innovation which will only exacerbate food insecurity and inequality.

UN human-rights experts have been extremely critical of the summit process – which has sidelined the UN’s Committee on World Food Security (CFS) – likening corporations’ excessive influence to “inviting the fox right into the henhouse.” The CFS is the UN’s most inclusive and human rights based agency and includes hundreds of representatives of small-scale food producers, fisherfolk, Indigenous Peoples, and civil society groups.

More than 500 civil society groups – part of the People’s Autonomous Response to the UN Food Systems Summit -- are challenging the approach of the summit and protesting this week against the corporate capture of food, continuing the counter-mobilizations against the pre-summit which took place in July and gathered more than 9,000 participants around the world.

Once the summit is over, there are plans to extend this corporate dominance and to bypass the CFS by creating a “coordination hub” in Rome to follow up the summit’s conclusions. This would amount to dismantling a crucial part of the legitimate UN system, with potentially disastrous consequences for grassroots communities and peasants around the world who would be sidelined.

Likewise, the so-called coalitions of action that come out of the summit will have direct influence in defining national priorities for food systems transformation. These opaque and semi-privatized coalitions will likely further promote corporate power and false solutions.

Transnational corporations have a clear conflict of interest when it comes to preventing land grabbing, malnutrition, tax avoidance, and pesticide overuse – or supporting moves away from intensive farming toward more socially equitable, resilient, and sustainable agroecology. They are accountable to shareholders and must prioritize profits over protection of the common good.

But food is a common good, and access to it is a fundamental human right.

Governments must keep this in mind and reject attempts to expand corporate control and influence over food systems and decision making. They must protect mechanisms like the UN’s Committee on World Food Security that include smallholder farmers, peasants, fisherfolk, pastoralists, and Indigenous Peoples who feed most of the world’s population.

Anything less would be abandoning their most basic responsibility to protect fundamental rights.

How are corporations capturing the UN food systems summit? 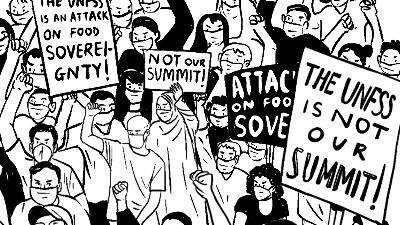 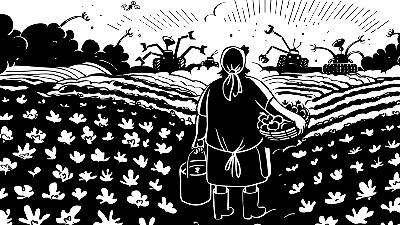